There are just a handful of Python Libraries involved in Medical/Neurological data. NumPy is an essential library that is widely employed in Neuro-imaging data analysis. I have seen discussions about potentially adopting .npy as a standardized way to share Mass Neurological data as seen in this thread.

However, several limitations were also discussed:

Since NeuroJson uses binary-JSON (precisely UBJSON file format), It was able to address most of the Limitations mentioned above ↑. The generated files are universally parsable in nearly all programming environments with existing parsers and support complex hierarchical data with compression. A UBJSON/BJData parser may not necessarily be longer than a .npy parser. For example, the python parser of full specifications only takes about 500 lines of code (including comments), similarly to a JS parser. Generated files from this parser can readily benefit from the large ecosystem of JSON (JSON-schema, JSONPath, JSON-LD, jq, numerous parsers, web-ready, NoSQL DB). Here is a BJson-Parser. 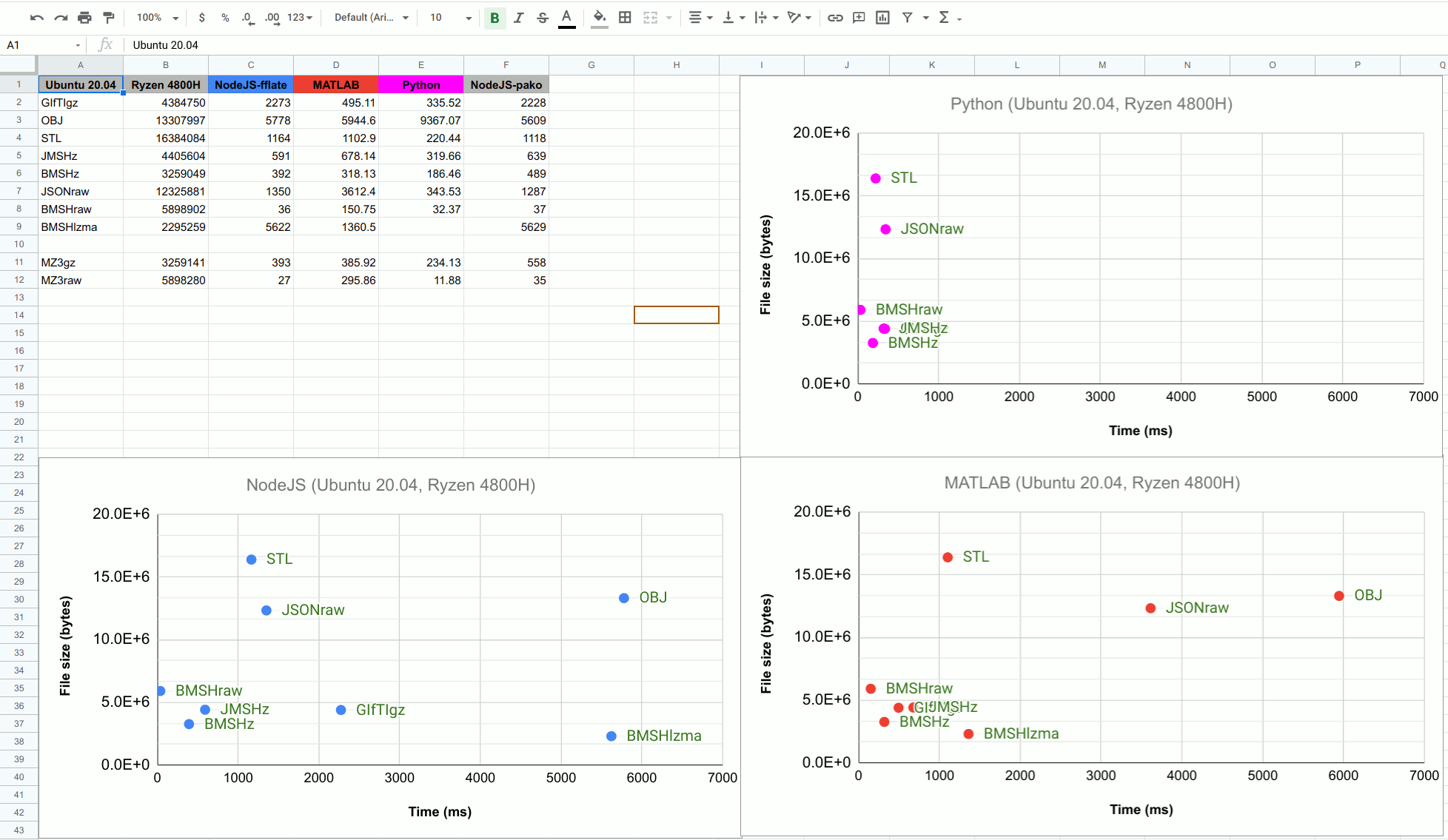 A quick comparison of output file sizes with a 1000×1000 unitary diagonal matrix. I wanted to test and compare these formats against each other on my own PC.
Here’s the code!

Here are the output File sizes in bytes and Loading time in seconds:

Discussing Pros and Cons of .npy and .jdb

Pros and Cons of .npy format

Pros and Cons of .jdb format

Pros:
– Appending data is possible, Requires no external package is required
– No external parser is Required, .jdb generated files are universally parsable in most the programming environments
– Extremely Compressible, especially using Lzma compressor, it can shrink the data like this:-

a BJData file storing a single eye(10000) array using the ND-array container can be downloaded from here http://neurojson.org/wiki/upload/eye1e4_bjd_raw_ndsyntax.jdb.zip(file size: 1MB with zip, if decompressed, it is ~800MB, as the npy file) – this file was generated from a MatLab encoder but can be loaded using Python (see below Re Robert).Read Thread

Cons:
– Not Optimized for speed, five times slower loading speed than .npy
– The Data needs to be stored in chunks in order to be fully compressible

NeuroJson is emerging as a Major competitor to libraries like Nipy and NumPy in the field of Neuro-Imagery. It is highly compressible and has an established network of JSON/UBJSON files. However, the big challenge is the speed. it is not anywhere near Python’s standard, which presents a big challenge for people working on medical/Neuro-Imaging data
Still, I have a positive outlook on NeuroJson that it can become the “Go-To” library for medical-coder and Neuro enthusiasts in the future!